Below is an excerpt from the sermon by Rev. David Johnson Rowe of Greenfield Hill Congregational Church referring to Abbas’ time with them in Connecticut speaking and sharing.

There are times in life when we feel stymied, lost, don’t know what to say, can’t
figure something out, afraid, afraid to choose, afraid to speak up, or just plain
wiped out, emotionally, spiritually; you’re at your end. That’s when, Jesus says,
the Holy Spirit steps in, clears your head, gives you voice, puts steel in your
spine. INSPIRES you. See that word, “inspire”? It means, literally, to “put the
Spirit in you.”

Thursday night we hosted a fascinating young man, Abbas Hameed. A
handsome young man, he’s probably 40, but he looks 15. He’s been through
hell in life! Born in Iraq to a Catholic dad and a Muslim mom, that mixed birth
exposed him to oppression early on. His dad was imprisoned and tortured
under Saddam Hussein and later executed by Islamic terrorists. But Abbas, by
law, became an Iraqi police officer at age 18, right at the start our war against
Iraq, a war he welcomed in hope of freedom. 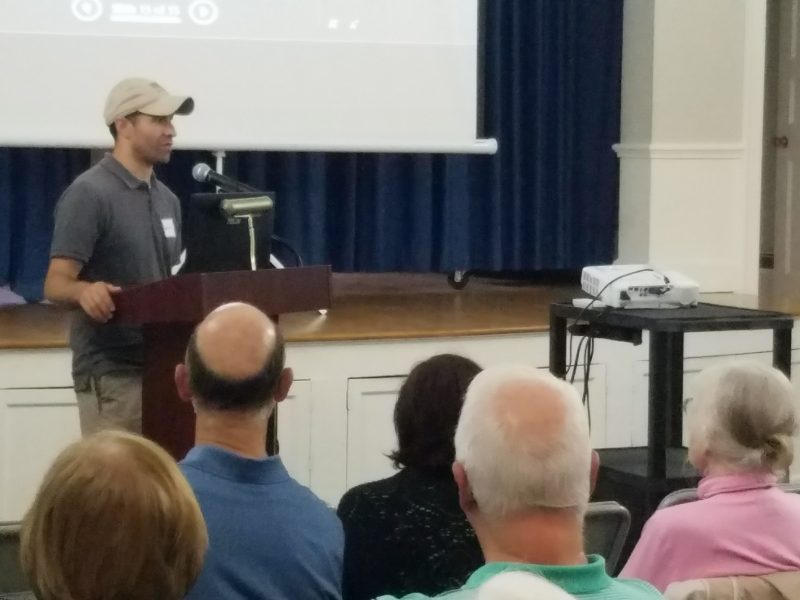 Abbas began working with the U.S. military as a translator, becoming part of a
SWAT team, Intelligence, Special Ops, consistently proving himself valuable.
Abbas and our soldiers shared the same daily horrors of roadside bombings,
terrorists, firefights, car bombs, death, destruction on a daily basis. Time and
time again his young life was spared as if by some design, some divine, guiding
hand, plunging him into a spiritual whirlwind.

He wanted to know why was he still alive? Why was he spared? What did God
want from him? Indeed, what, or who, is God? His father’s brutal imprisonment
had led to whole-life transformation and a revived Christian faith before being
murdered. Abbas saw a spark of Christ in some American soldiers. He saw the
almost magical reverence soldiers had for the Bible. He wanted to know more.

He wanted to know God. As he continued his service to our military, he took a
hard right turn into Christianity and has let that turn become the guiding light
for his life.

During the question-and-answer period, he ended going right where this
sermon is going. Despite all the horror and evil he has seen, despite being on a
terrorist hit list, despite the wrongs of his own life which shame him, he lives
without fear, without hatred, without revenge; he lives a life of forgiveness,
even toward the terrorists, a life of love here in America, a life of faith through
his own ministry. How does he do it? How is he not angry, not bitter, not
broken?

May you be encouraged by this message and the words shared!

To have Abbas speak at your event please reach out on the Contact page today.

There are no upcoming events at this time.